China is a large family with the traditional virtue of "helping the poor, be happy in doing good". On June 30, 2011 which is "Guangdong Poverty alleviation Day", the Guangdong Party Committee took "everyone devotes their love to build a happy home" as the theme of this year's activities.

This is not only an initiative, but also a good platform for us to give our love. As a well-known enterprise in Guangdong, CUMARK Company participate actively in philanthropy. On June 30 "Guangdong Poverty Alleviation Day" CUMARK donated RMB 60,000 to the Charity Association of Futian District, Shenzhen.The practical action made a contribution to Guangdong's charity , so that everyone living in the family of the motherland can feel the warmth of the world. Helping people in distress is the most touching theme of our society.

Sage Mencius said, "Those who love others will be loved by others." CUMARK company is adhering to this virtue to create a corporate culture, so all employees work in this warm family are full of love, but also this culture makes the company grow stronger and stronger day by day.

Paying attention to vulnerable groups and philanthropy is a symbol of a city, an enterprise and a person moving towards progress and civilization. Thanks CUMARK for holding up a beautiful sky for us and letting us fly. Let's spread the spirit of humanitarianism and fraternity with CUMARK's loving home, making our soul more pure and the world more beautiful!

At 7:49 on April 14, 2010, a strong earthquake with magnitude 7.1 occurred in Yushu. In a flash, houses overturned and bricks are everywhere.The unexpected disaster caused huge casualties and once again tore apart the deep pain of the Wenchuan Earthquake.

When disaster strikes,help comes from all sides.CUMARK Culture Development Committee appealed to all colleagues to donate for people in the disaster-stricken areas of Qinghai as soon as possible, so as to help Yushu sufferers overcome difficulties and rebuild their homes. When all the staff are notified, they immediately start to organize donations. Early in the morning of April 24, 2010, we arranged the venues in the office to arrange donation related matters. After a tense and orderly display, our donation activities began in the melody of "devotion of love".

First of all, Zhu Guofen, the head of the public welfare group, read out CUMARK charity fund-raising proposal"God bless Yushu People!" to all the staff. We have spontaneously queued, holding the ready money in hand, silently looking forward to the host announce the start of donation. Because we hope to send the money to our compatriots in Yushu earlier and give them a little warmth as soon as possible.

Finally, the donation activity began. Chen Xiaohong, the manager of the administrative human resources department, was the first one to come to the donation box. Other people also followed her to dedicate their love.Li Ruichang, the general manager of the company, also prepared his own charitable money early, silently in the ranks...

Natural calamities are merciless and love is always in the world. The fund-raising total amount is RMB 20,640.Though the donation amount is small, but it shows our concern. We believe that Yushu will be able to overcome the difficulties and rebuild its beautiful home soon with countrywide concern and help!

Let's cheer Yushu up together, let's pray for Yushu together, believe that their tomorrow will be better! 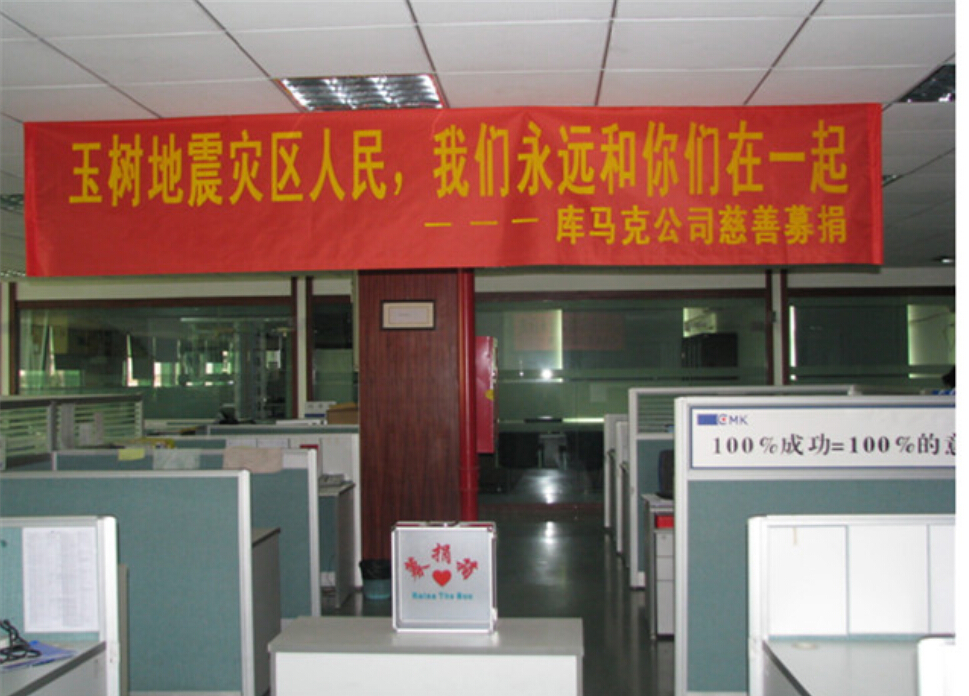 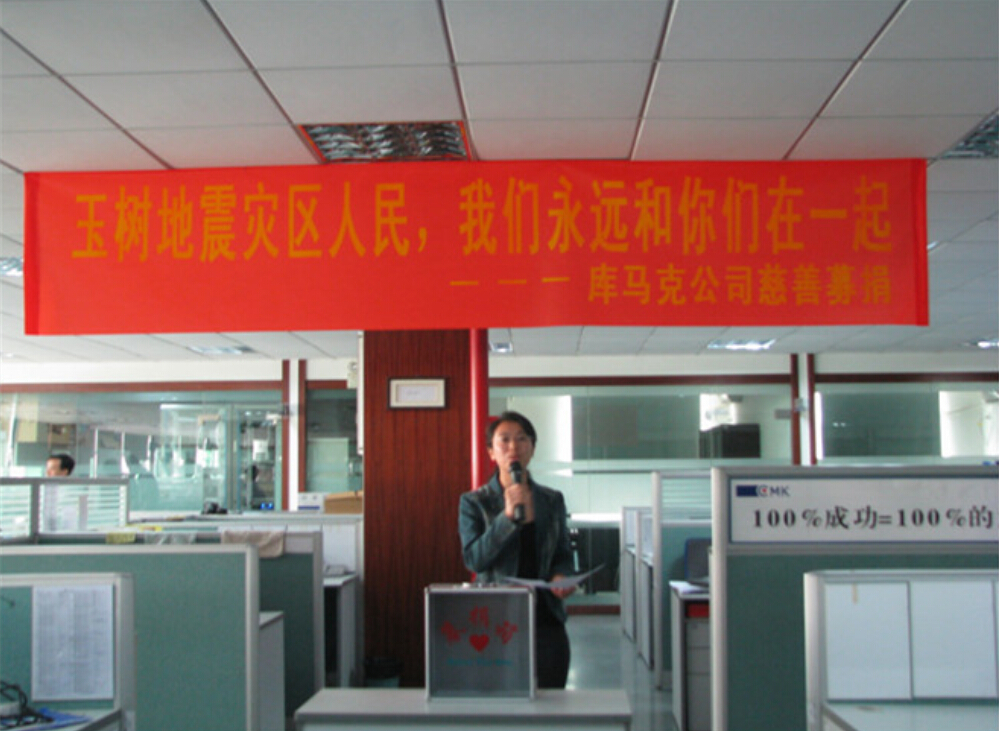 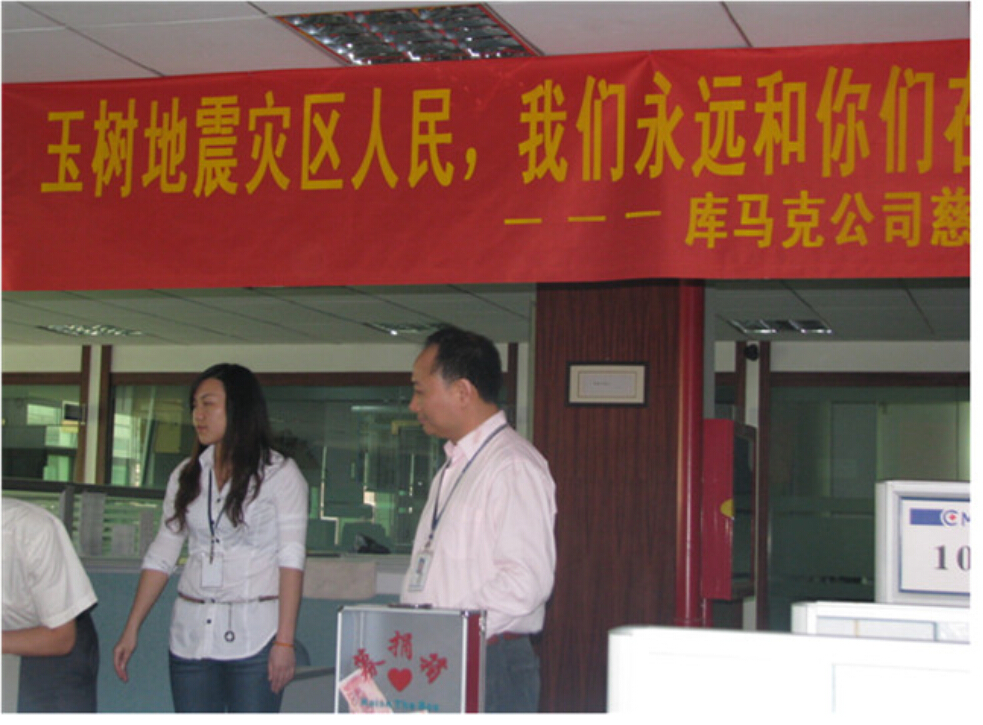 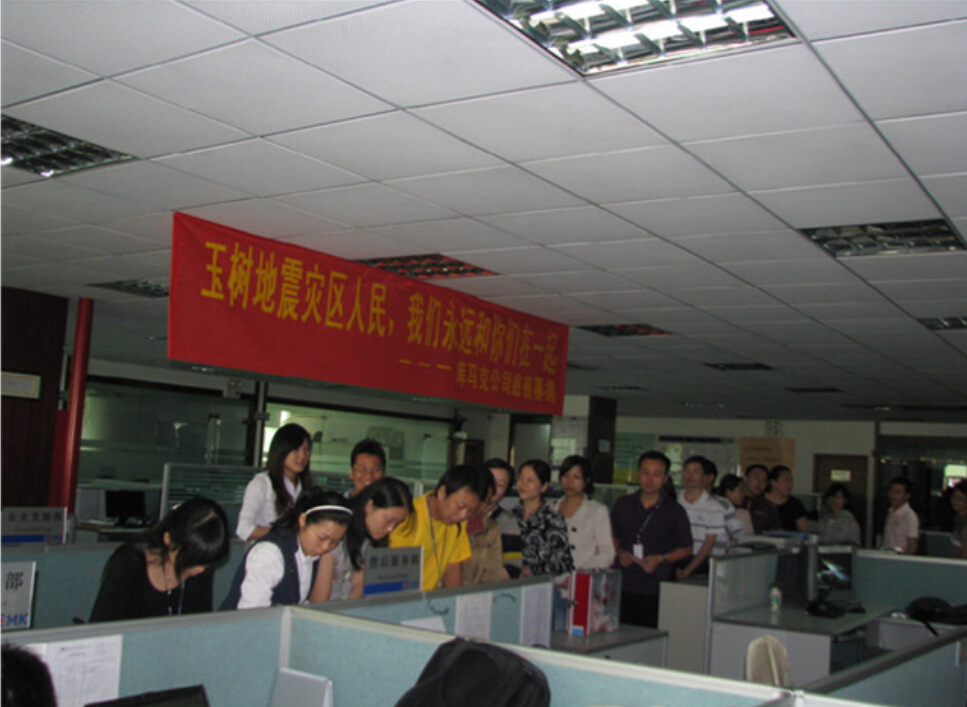 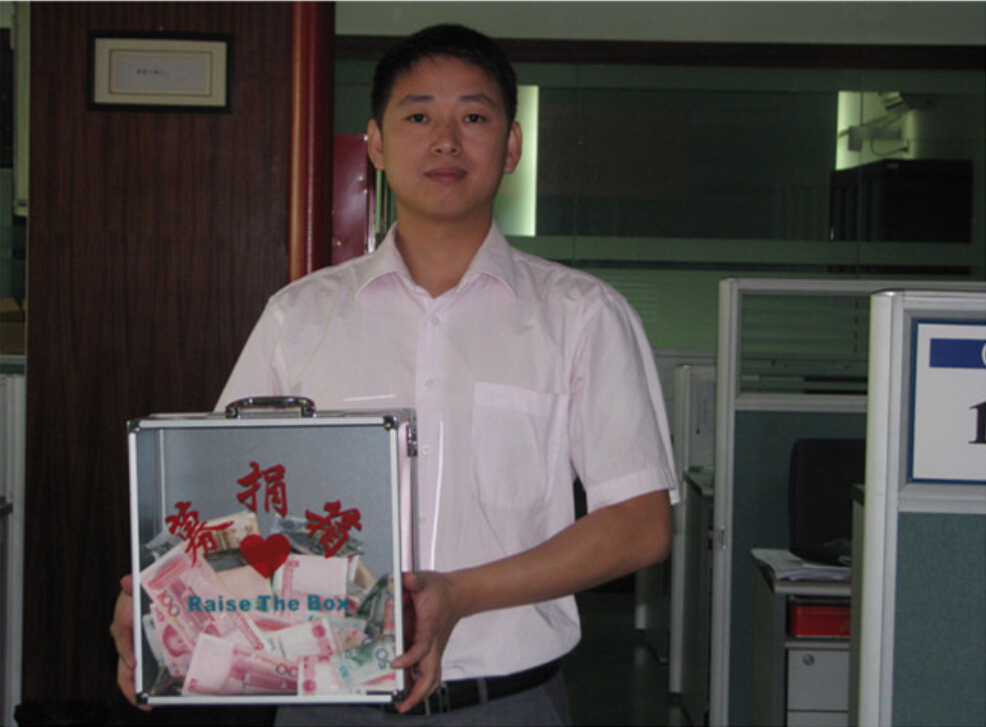